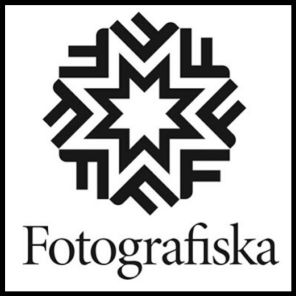 Photography meets cinema. The static meets movement : the Stop-motion brings the two arts together. Frame-by-frame animation called Stop-motion is an animation technique used to create movement from a stationary subject, from a photograph. Watch the immobile come to life in this selection of 9 stop-motion short films.

Synopsis|In a world controlled and timed by light, an ordinary man has a plan that could change the natural order of things.

Synopsis|Minoule is a roguishcat spending the whole day on the edge of his windowsill, Under roofs. Far off, the song od a small canary in his cage works him up an appetite. But the way to catch the prey is full of pitfalls.

Synopsis|A man in a circular room explores a curious phenomenon, in which 8 synchronised versions of himself temporarily form to create a rotationally symmetric, kaleidoscopic world.

Synopsis|Experimental short film using different animation techniques (frame by frame and 2D animation). Crazy beats and secret rhythms create the pulse of a city and breathe life into it.

Synopsis|A little mouse lives among books and their epic adventures. When the candle goes out and the matchbox is empty, it’s in turn to embark on a dangerous adventure through the house, in search of a small spark.

Synopsis|A seductive approach that is certainly out of the ordinary.

Synopsis|When you buy a product, you become a product. This film is #17 of the Area 52 film collection.

About |Fotografiska is the largest photography museum in the world. We celebrate photography, but beyond being a simple museum. Founded in 2010 we have built Fotografiska on the foundation of photography and the trust of the creative community. We showcase the greatest photographers, whether they’re just emerging artists, or already famous internationally.
Website |www.fotografiska.com/

*Discowatch(ing)Verb also Noun🔈[dih-skuh-woch-ing]
English term obtained from the contraction of the word Discover and Watch. Action of discovering new things by watching amazing films on sacrebleu.se. Ex: Did you discoverwatching the Moderna Museet? Can also be used as a noun. Ex : Bonnier Konsthall discowatch improve my children understanding on performance art.

MUSIC FOR THE EYES (From 4 y/o) A selection of  musical short-films for children and parents….

BABY FILM FESTIVAL (From 6-24 months)
An amazing and educationnal activity for introducing the magic world of artistic and internationnal cartoons!